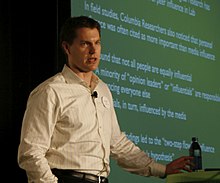 And yet that’s precisely what happened one day in the early 1970s when a group of psychology students went out into the subway system on the suggestion of their teacher, the social psychologist Stanley Milgram. Milgram was already famous for his controversial “obedience” studies, conducted some years earlier at Yale, in which he had shown that or­dinary people brought into a lab would apply what they thought were deadly electrical shocks to a human subject (really an actor who was pretending to be shocked) simply because they were told to do so by a white-coated researcher who claimed to be running an experiment on learning. The finding that otherwise respectable citizens could, under rela­tively unexceptional circumstances, perform what seemed like morally incomprehensible acts was deeply disturbing to many people—and the phrase “obedience to authority” has carried a negative connotation ever since.

What people appreciated less, however, is that following the instructions of authority figures is, as a general rule, indispensable to the proper functioning of society. Imagine if students argued with their teachers, workers challenged their bosses, and drivers ignored traffic cops anytime they asked them to do something they didn’t like. The world would descend into chaos in about five minutes. Clearly there are moments when it’s appropriate to resist authority, and most people would agree that the situation Milgram created in the lab would qualify as such a moment. But what the experi­ment also illustrated was that the social order that we take for granted in everyday life is maintained in part by hidden rules that we don’t even realize exist until we try to break them.

Based on this experience, and having subsequently moved to New York, Milgram had begun to wonder if there was a similar “rule” about asking people for seats on the subway. Like the rule about obeying authority figures, this rule is never really articulated, nor would a typical rider be likely to men­tion it if asked to describe the rules of subway riding. And yet it exists, as Milgram’s students quickly discovered when they went about their little field experiment. Although more than half of the riders asked eventually surrendered their seats, many of them reacted angrily or demanded some explanation for the request. Everyone reacted with surprise, even amaze­ ment, and onlookers often made disparaging remarks. But more interesting than the response of the riders was that of the experimenters themselves, who found it extremely diffi­cult to perform the experiment in the first place. Their reluc­tance was so great, in fact, that they had to go out in pairs, with one of them acting as moral support for the other. When the students reported their discomfort to Milgram, he scoffed at them. But when he tried to do the experiment himself, the simple act of walking up to a complete stranger and asking for his or her seat left him feeling physically nauseated. As trivial as it seemed, in other words, this rule was no more easily violated than the obedience-to-authority “rule” that Milgram had exposed years earlier.

As it turns out, a big city like New York is full of these sorts of rules. On a crowded train, for example, it’s no big deal if you’re squeezed in against other people. But if someone stands right next to you when the train is empty, it’s actually kind of repellant. Whether it’s acknowledged or not, there’s clearly some rule that encourages us to spread out as much as we can in the available space, and violations of the rule can generate extreme discomfort. In the same way, imagine how uncomfortable you’d feel if someone got on your elevator and stood facing you instead of turning around to face the door. People face each other all the time in enclosed spaces, including on subway trains, and nobody thinks twice about it. But on an elevator it would feel completely weird, just as if the other person had violated some rule— even though it might not have occurred to you until that moment that any such rule existed. Or how about all the rules we follow for passing one another on the sidewalk, holding open doors, getting in line at the deli, acknowledging someone else’s right to a cab, making just the right amount of eye contact with drivers as you cross the street at a busy intersection, and gen­erally being considerate of our fellow human beings while still asserting our own right to take up a certain amount of space and time?

No matter where we live, our lives are guided and shaped by unwritten rules—so many of them, in fact, that we couldn’t write them all down if we tried. Nevertheless, we expect reasonable people to know them all. Complicating matters, we also expect reasonable people to know which of the many rules that have been written down are OK to ignore. When I graduated from high school, for example, I joined the Navy and spent the next four years completing my officer training at the Australian Defence Force Academy. The academy back then was an intense place, replete with barking drill instructors, predawn push-ups, running around in the pouring rain with rifles, and of course lots and lots of rules. At first this new life seemed bizarrely complicated and confusing. Flowever, we quickly learned that although some of the rules were important, to be ignored at your peril, many were enforced with something like a wink and a nod. Not that the punishments couldn’t be severe. You could easily get sentenced to seven days of marching around a parade ground for some minor infraction like being late to a meeting or hav­ing a wrinkled bedcover. But what you were supposed to un­derstand (although of course you weren’t supposed to admit that you understood it) was that life at the academy was more like a game than real life. Sometimes you won, and some­times you lost, and that was when you ended up on the drill square; but whatever happened, you weren’t supposed to take it personally. And sure enough, after about six months of acclimation, situations that would have terrified us on our arrival seemed entirely natural—it was now the rest of the world that seemed odd.

We’ve all had experiences like this. Maybe not quite as extreme as a military academy—which, twenty years later, sometimes strikes me as having happened in another life. But whether it’s learning to fit in at a new school, or learning the ropes in a new job, or learning to live in a foreign country, we’ve all had to learn to negotiate new environments that at first seem strange and intimidating and filled with rules that we don’t understand but eventually become familiar. Very often the formal rules— the ones that are written down— are less important than the informal rules, which just like the rule about subway seats may not even be articulated until we break them. Conversely, rules that we do know about may not be enforced, or may be enforced only sometimes depend­ing on some other rule that we don’t know about. When you think about how complex these games of life can be, it seems kind of amazing that we’re capable of playing them at all. Yet in the way that young children learn a new language seemingly by osmosis, we learn to navigate even the most novel social environments more or less without even know­ing that we’re doing it.